Pumpkins go hand in hand with this time of year and while they originated in America, they are now just as popular in the UK too. 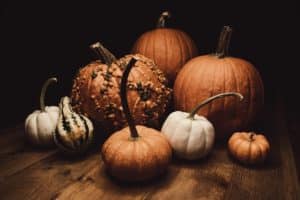 They’re usually harvested now and as well as making great decorations for our windowsills on October 31, they are also a nutritious and versatile ingredient. They can be used for making soups, desserts, pies and even breads.

Check out BBC Good Food for some pumpkin inspired recipes and read on for some fab facts about these brightly coloured fruits.

All hail the kale!